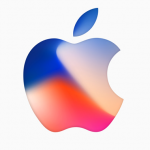 I have not spent much time in the consumer end of the technology market in the last few years due to my enterprise role I currently have, but did manage to follow the developments leading to the release of Apple’s new products yesterday.

I still remember 10 years ago. I was living in New York City, and Apple had announced that they were making a smart phone. Even with the success of the classic ipod (not so classic at the time), it was hard to imagine what the new phone would look like. I remember people posting online (pre-reddit?) mockups of what it would look like. Basically, it was suppose to look like an iPod with a slightly bigger screen and all the other things needed to make it a phone. Various mockups can be found here. The mockup I remember the most, is the third one; the Blackberry look alike. 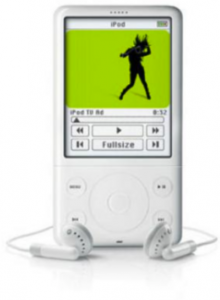 I did not buy the original iPhone as it was expensive for me at that time. Remember, I was living in New York City, so all my money went to rent. I do remember a friend having one and showing us his. It was early July, and we were waiting for a movie to start in Bryant Park. Ah, the good old days of movie in the park in Bryant Park and iPods on the subway.

What I remember of the first iPhone, was that it was limited in functionality. It did not have a way for the end user to install additional apps on the phone. It had basic text messaging and phone calling capabilities. This was also before the days of streaming video and music for the most part. Heck, I think MySpace was still a thing when this phone was released. It had a web browser, but a lot of web sites worked poorly on the phone because html and css was not used to make a site responsive at the time. Heck, I don’t think “responsive” became a thing until about around the time tablets were introduced.

Fast forward those 10 years, and we arrive to today. We can installed an almost uncountable amount of apps on our phones. We can store thousands of songs on our phones, ironically, rendering the need for an iPod useless. Heck, you don’t even need to buy music albums anymore. You can just stream directly from Spotify or Apple Music. Almost every web site can be easily used on the phone, and in some cases, is used more than a web browser on a computer to surf the web. Throw in all the bluetooth accessories and health related items, and you start to realize how far we have come. The list could easily go on.

The one thing that has evolved to remain consistent through this 10 year period, is that Apple releases a new phone each year around the summer time. More notably around the first half of September. Just for reference, the original iPhone was announced on January 9, 2007 and was released on June 29, 2007. Watch Steve Jobs announce the new iPhone to the world.

So what does this long winded, long path introduction that is nothing more than someone reflecting on memories have to do with the new phones? One thing, expectations.

As Cook and Co. announced the new Apple devices yesterday, I saw a lot of conflicting real-time opinions on each and every detail that was shared to the viewers. Some, or even maybe more, were disappointed. In some instances, especially when they introduced the new iPhone 8 models, I could also not help but feel disappointed. I was expecting more of what had leaked to be the iPhone X with the edge to edge screen. The new devices all just seemed to be upgraded versions of their predecessors, and not much flash about them. One comment I saw said something along the lines of, Apple just takes other companies innovations and tries to execute them better. 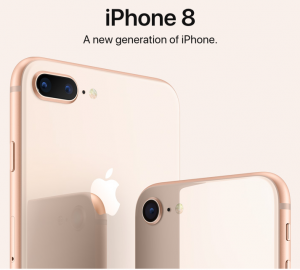 The new iPhone 8 and iPhone 8 Plus.

I thought about that idea over night, and here is what I now think about the announcements.

We are spoiled. The expectations I briefly mentioned earlier, have gotten extremely high. What I mean by this is simple. We expect that Apple will introduce something so revolutionary that it will change the way we use our devices. We now look beyond the polish and get disappointed when nothing new is major.

Let me reflect back on my first iPhone, the 3g. the 3g gave use 3g data access one carrier networks. They had also increased storage so that you could store a decent amount (unfortunately not all) of your music from iTunes. There were a number of refinements between the original iPhone and the 3g that convinced me to move off my Blackberry Curve.

Why was that exciting to me then? Simple. Look what phone(s) I was coming from. I had a Motorola Razr when the original iPhone was announced. I bought a Blackberry Curve because I did not think the first iPhone met my expectations. Once they polished the iPhone, it became exciting. I have had nothing but an iPhone since. What keeps me coming back? Android phones are now plenty, but their features are just us un-exciting as most of what Apple has released. Sure, maybe Samsung had wireless charging before Apple. But to me, that feature was not a revolution then, and sure is not now.

The smart phone market is so competitive now, with so many players, that the race has tightened up on who has a new feature over the next. Release cycles for new products are quick so that companies can try to stay ahead. It’s like how FitBit was the king of health trackers, and every upgrade seemed grand until other competitors came into the picture. It saturated our expectations with new upgrades as everyone races to get their updated product on the market.

So what is the whole point then? What is my true opinion on the new phones announced? Simple. My expectations are way to high. I am wanting something I can not even imagine or explain. My only excitement about the new phones is that they are almost 3 years newer than mine. My iphone 6 plus is starting to feel it’s age. Software has continued to evolve faster than hardware, and as a result, the phone is slow. The new phones look cool and do have a number of neat new features, most of which I may never use (animojis?). But I may end up buying one.

What I am doing now, is re-aligning my expectations. I expect that when I finally upgrade to the new phone this year or next, that I will look back and say that it was far better than any of the ones I previously owned. As long as I can recognize the evolution along the way, and remind myself of what that big picture looks like, I love what the new phones can do. Since I am now no longer on a 1 year upgrade cycle, the feature upgrades seem much more grand then they really are, and I should be ok with that. I think the only thing that can quench my high expectation of innovation in the future, is an entirely new product.

Engadget has a simple comparison of all 3 phones here.

Which phone will I end up getting? The jury is still out on that one. The iPhone X is cool, but the price point makes it extremely tough to swallow. Maybe a downsize to the normal iPhone 8 will be it for me. The fact is this, I need a new phone, and the new features are good enough that Ill have fun playing with them for awhile before they disappear into normal expectations.